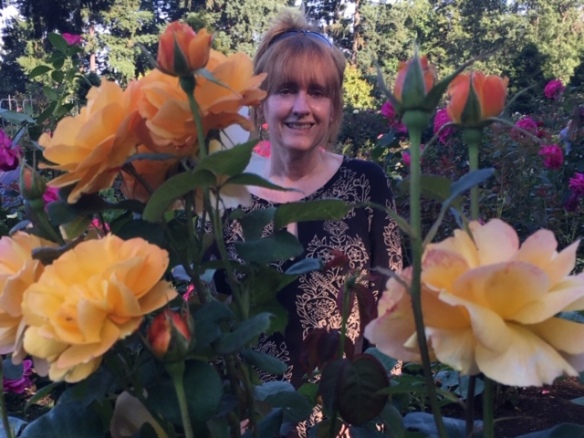 Winner of the Able Muse Write Prize for Fiction, Donna Laemmlen’s stories appear in Tin House Online, Slice Magazine, Fourteen Hills, SmokeLong Quarterly, Popshot, and elsewhere. Her story “The Dangers of Helium” is a 2019 Pushcart Prize nominee, and her story “Centerville” was published in the anthology Flash 101: Surviving the Fiction Apocalypse. She earned her MFA in Writing from the University of San Francisco, and also holds a BA in English Literature/Film Studies and an MA in English Rhetoric and Composition from CSUF.

An award-winning screenwriter, she previously worked as a story analyst for American Zoetrope and Zoetrope: All Story, as well as a producer for two PBS series, “Great Leaders” and “Great Entrepreneurs.”

Donna lives in San Francisco, where she teaches storytelling, script analysis, and screenwriting in the School of Writing for Film, Television, and Digital Media at the Academy of Art University. Her former students have won an Emmy Award, a Disney Fellowship, a Sundance Lab mentorship, had their feature debuts screened at the Sundance and Palm Springs Film Festivals, streamed on Netflix and Amazon, and have  won best screenplay at AAU’s annual film festival in 2017, 2018, and 2019.

Donna Laemmlen’s story, “Confluence,” begins with a simple first line: “It was always about the water.” And true to the line, what happens next is very much about the water. But the simplicity in that line masks a richness in Laemmlen’s style. She builds vivid, sometimes breathtaking images, with sensory details that make the river and the world around it come alive. This is the first story I’ve read that invites me to perceive the world through the eyes of a salmon. I published ‘Confluence’ in Fourteen Hills because I believe in stories that move me to see the world with fresh eyes. To read ‘Confluence’ is to experience a form of modern myth-making.

We were thrilled to publish Donna Laemmlen’s Flash fiction “Kardia” on Tin House’s blog, THE OPEN BAR. Laemmlen is an exciting emerging voice–alive and vibrating with energy. In just a few words, Laemmlen transports her readers and delivers an unforgettable story. She’s a writer we are excited to follow.

The brevity and specificity of Donna Laemmlen’s “Twining” is achingly and hauntingly apt. Like a gifted sculptress, she pares the work down to its beating heart.

—Ethel Rohan, author of The Weight of Him

In Donna Laemmlen’s ‘Crown of Iguanas,’  the image of the iguanas unfolds with the logic of a good dream, creating an ending that is both surprising and relevant.